created in response to time spent in Paris researching

the history of Realism in painting as it relates to early

and rural homes that draw their power from an unerring colour sense, one that

creates a mood that is almost always ambiguous." – Toronto Life

Preview selected images and additional information on our website:
telephoneboothgallery.ca/mise-en-scene.html

"The city is haunted," the artist says of Paris, "by captured images of many who have come before me."

Among these images were French realist paintings and their relationship to mid-19th century photography. During her recent residency in Paris, Willans acquired Parisian black-and-white postcards and photographs dating from 1830 – 1930 whose compositions are familiar to the paintings by Corot, Courbet, and their contemporaries. The photographs appear like stage sets. One depicts a house with a path perfectly framed within curtain-like trees. Others contain a compilation of a mise-en-scène inside a mise-en-scène; interiors that include a painting on the wall, often a framed idealized landscape of the French countryside.

The cinematic term mise-en-scène describes the art of setting the scene. Willans is mindful of the staging at work in these found photographs; while some are chance observations on life, others are carefully arranged scenes.

This way of seeing became the source for Willans’ studio explorations. Informed by French realism, Willans imposes colour and paint into these found vignettes, resurrecting the haunted spaces and the traditions of the past. Simultaneously, direct references to traditional French subject matter tap into the viewer’s own familiarity and memory, thus eliciting a déjà vu experience. 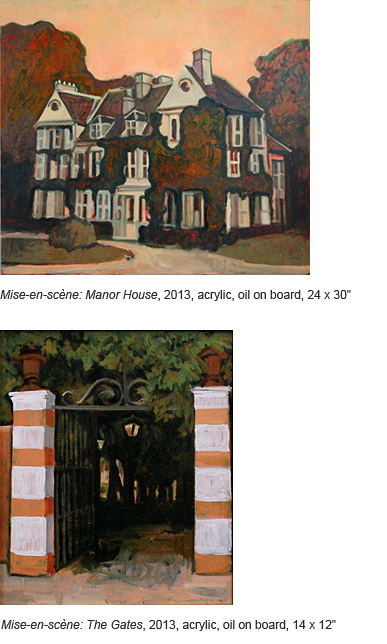 After completing a Bachelor of Fine Arts at the University of Alberta (2000) and a diploma in Arts Administration, Gillian Willans relocated to Toronto where she worked as an art gallery administrator for five years. In 2003, Willans co-founded an Artist-Run Centre, Eastern Front Gallery, where she was actively involved as an artist, administrator, and curator. While working towards her Masters of Fine Art at the University of Alberta, Willans exhibited work in several Edmonton galleries including Latitude 53, Arts Hab, and the Art Gallery of Alberta. Willans successfully completed her MFA degree in painting in 2008.

Willans has been the recipient of numerous grants including the Alberta Foundation for the Arts 2006 Painting Award, Visual Arts Project Grants in 2007 and 2009, and The Edmonton Arts Council Travel Grant in 2011. Willans has successfully completed several commissions including for the City of Edmonton Architects Office and Alberta Arts Days. In 2011, Willans spent six weeks in Paris, France in a self directed Artist Residency facilitated by Parsons Paris. Currently she is working as an Instructor in Painting and Visual fundamentals at the University of Alberta and the Faculty of Extension. 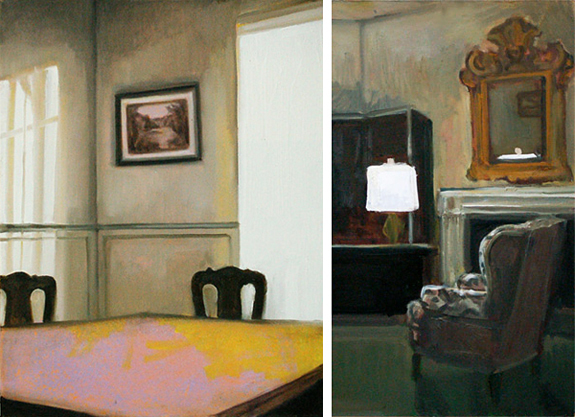